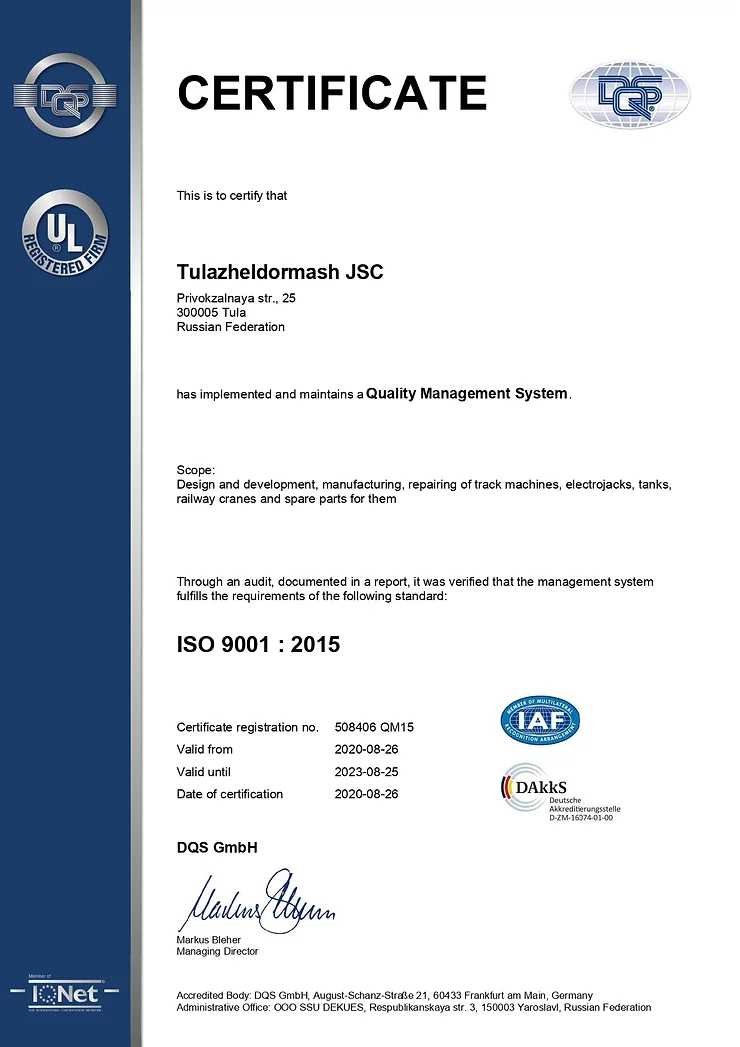 In August, the auditors of the DQS conducted a certification audit for compliance with the requirements of the international railway industry standard ISO/TS 22163: 2017 (IRIS) at Tulazheldormash JSC. Up to this time, since 2013, the company has annually maintained an ISO 9001 certificate in DQS.