World Certificate of the "Book of Records of Russia" 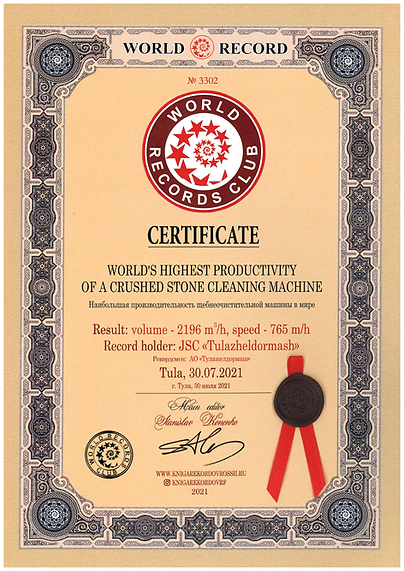 On July 30, on the eve of the Railway Worker's Day in Moscow was held a solemn presentation of the certificate of the "Book of Records of Russia" for the established world record: "TThe highest productivity of a ballast cleaning machine in the World".

In autumn 2020, were carried out an operational tests of the technology of high-speed ballast cleaning by using the SCHOM-2000 machine at the Belorechenskaya station of the North Caucasus Railway. During the tests, was achieved a ballast cleaning speed of 765 m/h. This cleaning rate is more than twice the performance of domestic and the best foreign analogues.